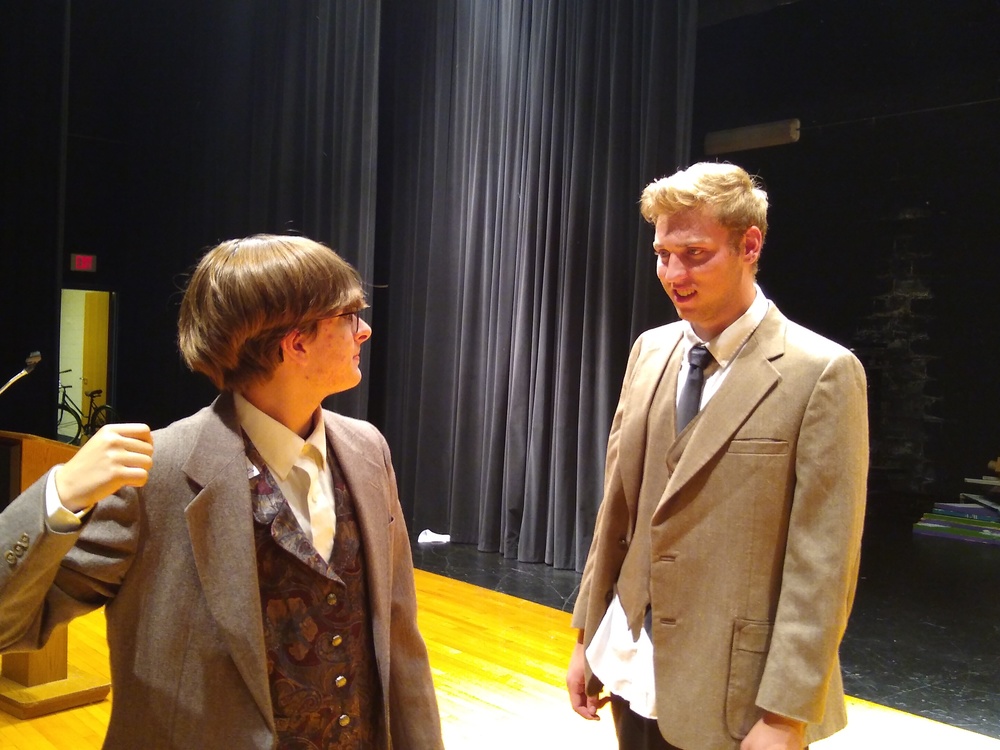 The North Platte High School theatre department is currently working on Jessica Swale’s Blue Stockings for their fall production.  Director Brittany McDaniel states that the show has been a growing experience for herself and the cast.  This production explores the fight for women's right to education at the turn of the century in Great Britain. Throughout the process, McDaniel and her cast and crew of 39 have had conversations about women's right to education throughout history, the treatment of the female body in health care, and how both these issues have impacted our society today.

From a theatrical standpoint, the students have gotten the chance to experience period costuming with corsets, skirts, and suits as well as how they physically moved and sat during that time period. Students have also worked on learning their lines with a British accent and are incorporating fight choreography during the climax of the show.  Senior Joseph Roeder said,  “This show has been an amazing process! I've loved expanding my talents with trying new fight choreography and doing the entire show in an accent.”

This is McDaniel’s second show as play production director with NPHS and it is a complete 180 from the show the department produced last spring. “Trap was all storyline based.  We wanted something that would bring everyone together, give everyone a chance to be on stage, and surprise the audience a bit.  Blue Stockings is a totally different feel. While the story is important as it is based on real historical events, the true heart of the show lies within the characters and their struggles and successes.” McDaniel said. The historical events McDaniel is referring to includes the 1896-1897 school year where women at Cambridge University fought for the right to be able to graduate.  This fight ended in a mob of angry men causing a riot while the university senate was voting on the issue. “I play Elizabeth Welsh, one of the characters in the show that actually existed in real life.  It’s been super interesting to get to learn about the history behind the story we are telling and how people reacted to the vote.” said senior, Breanna Lundgreen. 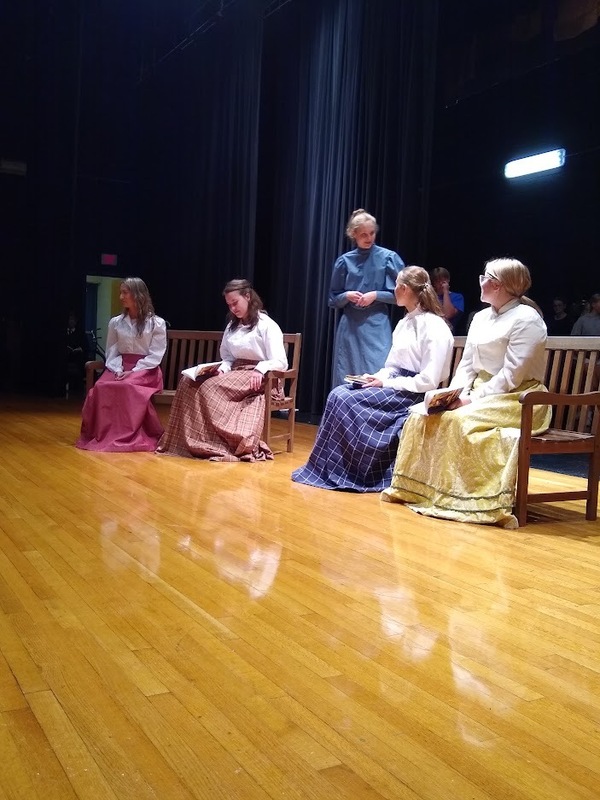